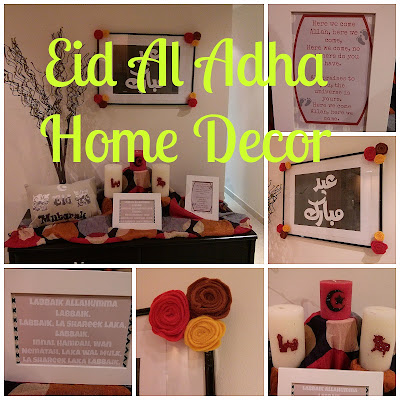 There's something about decorating for Eid that is so much fun.  I was getting lazy for a bit and was thinking "eh", I won't do it this time, but then I got inspired by all the fall colors that I'm seeing all over the internet.  I say internet because there is nothing "fall"ing in Dubai; no trees, no leaves, no crisp cool autumn breeze. :( But that doesn't mean I can't bring a little bit back into my home! 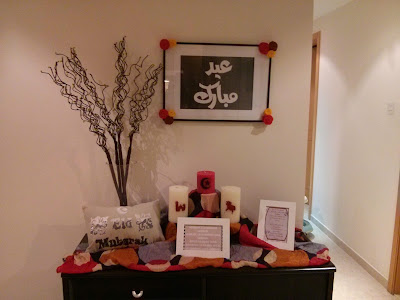 The idea for these stencils was inspired by Nat at My Sister's Suitcase in this post.

I started off by using my Eidway stencils  on some candles.  I taped the stencils on, put a layer of Mod Podge and poured some glitter over it.  I peeled the stencil off rather quickly so I could fix anything if it went underneath but it was pretty clean so I didn't have to do much! I have to say, I love these stencils, I've used them for baking and decorating so much! I figured since it's Eid-Al-Adha, I would definitely use the sheep stencil and then I used the mosque and the crescent moon/star one.  (I already had the glitter, Mod podge, and stencils on hand and all three candles cost me $6). 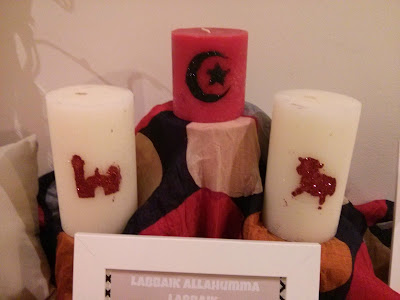 I made this really easy picture in Picmonkey, using a Eid Mubarak in arabic clip art with a chalkboard background.  I made it in a A3 paper size which is about 11x16.  I bought the frame from Daiso(!) so that was $2.  Once it was hung up, I felt it was kind of plain so I decided to embellish it with some felt flowers.  I've always wanted to make these and have SO MUCH felt leftover from a quiet book project. 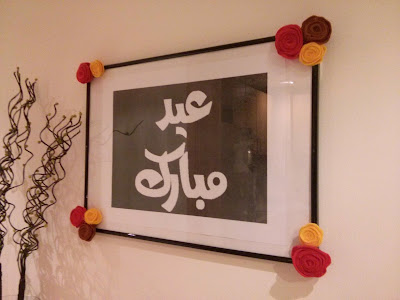 I used the Paper & Stitch blog for an easy how-to.  I used her "Rosette" tutorial to guide me for the first time.  Once I made one, I was on a rolllllll.   Once they were made and I placed them in a way that kinda made sense, I hot glued them onto the frame. 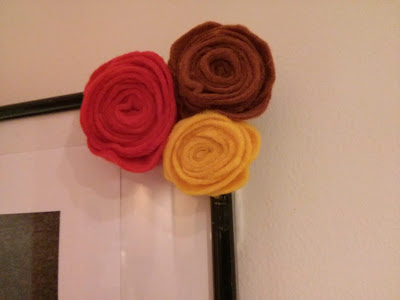 Then I had hubby print me off some printables that I quickly made, again in PicMonkey! 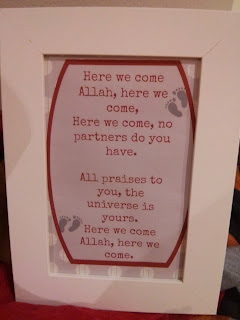 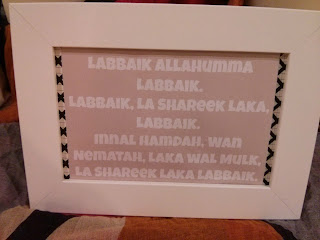 I also used the branches that I used for my Spring decor (see link here). I knew I wanted to use yellows, reds and browns. and luckily I just happened to have a scarf with all these colors in it so I spread that over some candle holders for height underneath and laid everything out and it all kinda came together! The 'Eid Mubarak' pillow I made for Eid al Fitr 2013 (which I just realized I never posted about!) I'll have to do a later-post about that soon.

All in all this whole tablescape cost me less than $10 cuz I tried to use whatever I had on hand! I'm glad I decided to go for it, it makes me feel all happy when I walk in the house! 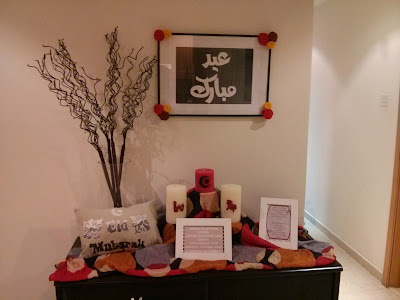 This post was linked up to Classy Clutter link party, Iheartnaptime, Posed Perfection
*I'm new to the whole link party thing so if I'm doing this wrong, forgive me!
Posted by Nusra at 3:02 AM